Laburnum Consulting aims to provide original analysis and commentary on a range of subjects of economic and political interest. We welcome feedback and comment either via the Contact us page or via email.

Our core team, below, is complemented by a network of associates whose expertise we draw upon and whose articles we also publish from time to time.

John Nugée is an independent commentator on financial, economic and political issues, with an extensive background in the official sector. He lectures at St Mary’s University, Twickenham in their politics faculty, and writes regularly for the financial press.

The major part of his career was spent at the Bank of England where his last post was as Chief Manager of the Reserves. He also worked at the Hong Kong Monetary Authority, where he was Executive Director in charge of Reserves Management, and acted as a UK director at the European Investment Bank and European Investment Fund and a technical expert on markets at the European Commission.

From 2000 to 2013 he worked at State Street Global Advisors (SSgA), the asset management division of State Street Corporation, latterly as Senior Managing Director. He founded and ran SSgA’s Official Institutions Group, responsible for overseeing the firm’s interaction with its official sector clients.

John is also a Senior Advisor to the Official Monetary and Financial Institutions Forum (OMFIF), an Associate of Llewellyn Consulting, and an Adviser to the Open Retirement Club. He is also an active member of the Worshipful Company of Weavers, the oldest of the City of London’s guilds and livery companies, and a trustee of The Nugee Foundation.  In his spare time he plays the trombone, enthusiastically and with gusto, and is learning Icelandic, at which he is “ekki mjög góður nemandi”. 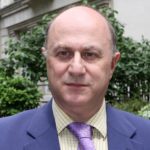 Gabriel Stein is an independent macroeconomic commentator and forecaster and writes for Laburnum Consulting on monetary and central banking matters.

After graduating from Stockholm School of Economics in 1980, Gabriel worked at the Israeli Ministry of Finance international relations department. From 1982 to 1990 he ran Stein Brothers, a public affairs and economics research consultancy, first in Stockholm and (from 1990) in London.

From 1991 to 2012 he was chief international economist of Lombard Street Research, where he helped set up the company’s world service. During this time, he wrote and commented on all major world economies. From 2012 to 2014 he ran his own macroeconomic forecasting consultancy, Stein Brothers (UK). In 2014, Stein Brothers (UK) was acquired by Oxford Economics, and he became their Director, Asset Management Services. From October 2016 to August 2017, he was Managing Director, Developed Markets Research at 4Cast RGE.

He is a senior fellow of the Adam Smith Institute. From 2013 to 2016 he was visiting professor in the Department of Economics at Royal Holloway University of London; and from 2013 to 2016 he was senior non-resident fellow at the Chongyang Institute for Financial Studies, Renmin University, Beijing. He regularly appears on television and at conferences. Gabriel has an MA in military history from Buckingham University and has written a novel which has received numerous kind letters of rejection. 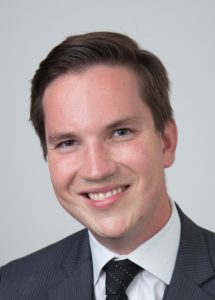 Following his graduation he worked in Shanghai for the China-British Business Council, where he was involved in promoting Sino-British trade and cultural links.  Before that, he worked as a summer intern in the legal department at the Hong Kong Monetary Authority (HKMA). The HKMA is responsible for maintaining monetary and banking stability in Hong Kong and navigating Hong Kong through the international financial system.  He has also worked at the International Institute for Strategic Studies, a London-based think tank on military strategy, and as a research analyst at OMFIF.

Sam is also a keen clarinettist and has played in several orchestras and at concerts throughout Europe;  currently he is playing for the London City Orchestra.

Sam was born in Hong Kong, and although he has lived in the United Kingdom since 1997 he has a fascination with international affairs and the future of global politics.